This is going to be a short one because I didn't have enough time to play this game lol. But at least I have reached the ending credit. So here we go!

Pokemon Y is the sixth generation of Pokemon games that came out in 2013 for Nintendo 3DS. At the core, it is just the same old Pokemon game where you started from a small town with your cute Pokemon, catching wild Pokemons and battling every trainer that you meet along the way (and robbing them) until you finally become the Pokemon Champion. And save the world while you're at it.

There are a lot of new things introduced in this game. Mega evolutions where certain Pokemons can evolve during battles. Fairy-type Pokemons that for some reason are effective against Dragon-type (lol). Horde battles where you encounter 5 wild Pokemons at once. Sky battles where you can only use Pokemons that fly or levitate. Oh and also you can use roller skates to travel, which I loathe so much because you can't unequip it for some reason. There's also this giant city, Luminose Town. And when I say giant, it's superrr big. Navigating around this town is a nightmare. I haven't finished exploring this town even now lol. 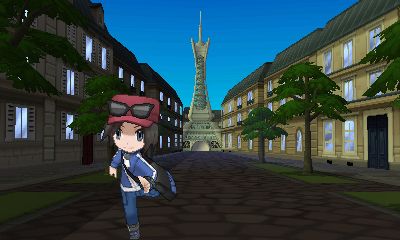 The story is kinda interesting when you look into it closely. There's some heavy stuff like warfare using Pokemons that is explicitly told and illustrated in the game. I think that's kinda new for main Pokemon series (?). However, the bad guys in this game are not very memorable. Team Flare was kinda lame and didn't have any notable people beside the boss at the very top, Lysandre.

Anyway, I am going to play this game some more before moving on with the next game. I had some fun playing it and I want to continue collecting all the new Pokemons lol.