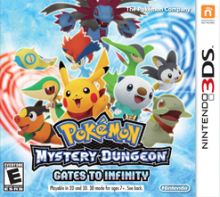 For those of you unfamiliar with Pokemon Mystery Dungeon, it's a spinoff game series that enables you to play as a Pokemon to explore mystery dungeons filled with wild Pokemons to complete certain missions.

It's one of my favorite Pokemon series other than Pokemon Ranger lol. Let's dive right into it! 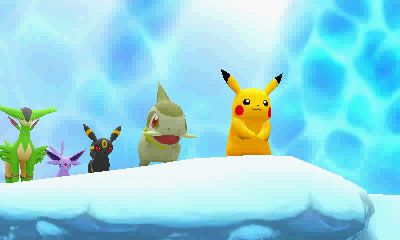 The story is similar with previous games in this series. You--once a human--woke up as a Pokemon in the Pokemon world (In this game, you can choose which Pokemon you want to be; you don't have to fill a personality quiz like on the other games. You can only select between 5 Pokemons as yourself and your partner: Snivy, Tepig, Oshawott, Pikachu, and Axew). When you woke up, you met your partner Pokemon (you can choose this too). Your partner was on his way to purchase a land from Quagsire. He wants to build what he called a "Pokemon Paradise". You, having nowhere else to go, join your partner in building this paradise by exploring mystery dungeons together. Things seem going pretty well for a while, however you keep having a certain dream of a Pokemon calling for your help.

The whole story is very straightforward I should say. There are a lot of cliches about friendship and all that. But not so much that it became too cheesy. There are genuine moments and emotions that were captured well in the story and even though this game was definitely targeted toward very young audience, I think it would entertain adults just as well.

The main story itself is quite short (probably around 20 hours). The game kinda forced you to follow the story first, not allowing you to go to other missions most of the time. Probably so that the players don't outlevel the bosses too much. If you're eager to explore most of the dungeons, you probably want to finish the main story as quickly as possible first. 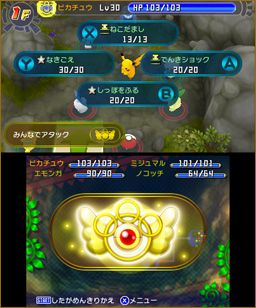 The mechanics of this game is identical to the previous games in this series, with some exceptions and additions. You can select up to 4 Pokemon to travel with you into a mystery dungeon in order to certain mission. Inside those dungeons you will encounter enemy Pokemons, collect items, until finally you reach a certain floor where fulfill your mission, be it defeating a Pokemon, rescuing Pokemon, or collecting a certain item. 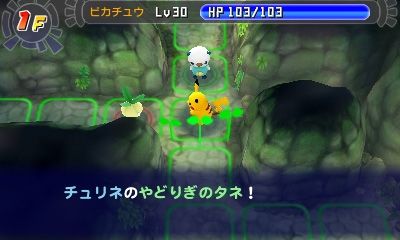 What's different from this game (and my only complain for this game) is how you can only select 1 mission for each travel. Usually, you can select (stack) multiple missions in each travel, for example rescuing Eevee on the 5th floor and defeating Croagunk on the 10th floor. In this game, however, you have to be more patient and carefully pick which mission you want to do each day (which sucks imo).

Play Single or with Companion 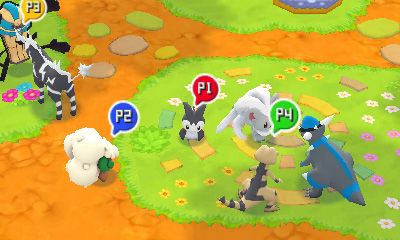 In addition to single player mode where you can complete the main story, there's also Companion Mode where you can travel as another Pokemon beside your starter Pokemon. You can pick any Pokemon that you have befriended. In this mode, you can play local wireless with friends and explore dungeons together. There are also a lot of legendary Pokemons that you can encounter in this mode!

In this game you can also collect Team Skills by opening up mystery boxes. These skills are very useful, for example Danger-Seeking skill enables you to detect a Monster House on the floor!

There's also a team attack that you can use once you're inside a dungeon for long enough period. This is pretty useful if your team is surrounded by enemies.

Open the Magnagates! And other new stuff! 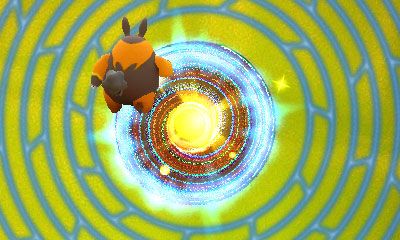 Gates to Infinity also offers a new feature that allow you to travel through a Magnagate (sort of portal to a mystery dungeon) by opening your camera and point them at a round object. You then will be able to travel through that Magnagate and enter a mystery dungeon. In these dungeons, you won't play as your picked Pokemons. Instead, you can choose between the 5 starter Pokemons or their evolutions. You can pick up items and befriend Pokemons here just like normal dungeons.

There is also a new mechanism that could transport you randomly into a mapless dungeon. This mechanism is unlocked once you beat the main story. Inside these dungeons, you have the possibility of encountering legendary Pokemons, picking up rare items, and experiencing random conditions, such as not allowed to use berries or orbs. 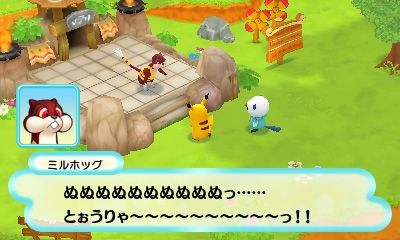 Lastly, in this game you can build your Pokemon Paradise however you want. You can pick a spot inside the Paradise and build various stores, dojos, minigames, or other types of buildings. These buildings need materials that you collected by doing missions. In theses places, you can also interact with all of the Pokemons that you befriend throughout the game, which is quite nice.

Overall, this is quite fun Mystery Dungeon game. The main story is quite challenging and there are a lot of things to do post-game. Worth to check out if you like this series. 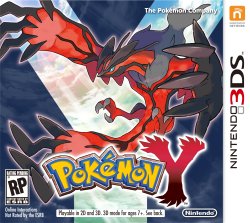